Protein! The buzz word of the health and fitness industry and a huge focus for most when it comes to eating a balanced and healthy diet.

We all know the benefits – protein keeps you feeling fuller for longer and is essential for muscle development and brain function.

What’s less commonly known (and something that really surprised me when I first went vegan) is that it’s almost impossible to have a protein deficiency unless you are calorie deficient.

All foods contain protein, and you’d be surprised how little protein we actually need (it’s about 0.8 grams per kilogram of body weight). To calculate your daily requirement as well as other macro and micronutrients, check out the USDA calculator here.

Luckily, for those who do want to eat a high protein diet, there are loads of vegan protein sources that taste great and are usually much cheaper than an animal-based alternative. 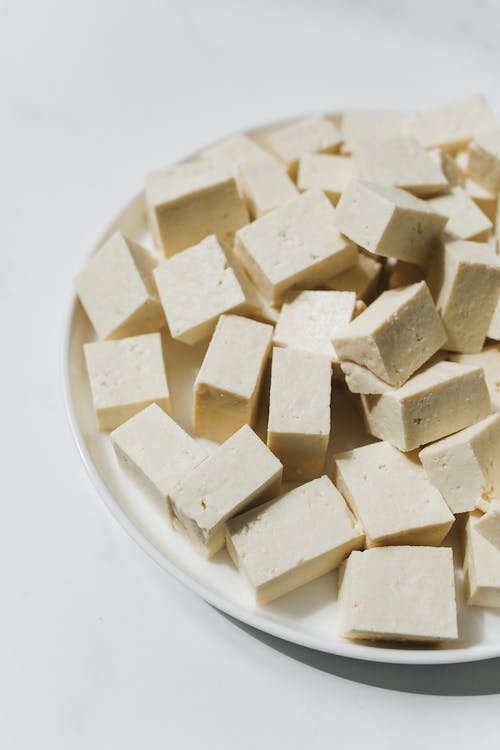 The original mock meat! Tofu has been around for thousands of years, originating in China around 179-122 BC, it was eaten as a cheaper alternative to meat.

Derived from soybeans, tofu is high in protein and low in fat, and is made by straining and pressing the curds from soy milk (the process is very similar to making dairy cheese).

Tofu gets first spot on this list because it’s widely available, affordable and can be made to taste like almost anything.

Sometimes tofu gets a bad rap for being bland, but I like to think of tofu as a blank canvas, or a nutritionally dense sponge (seriously). It has all the building blocks of a balanced meal, and it’s ready for you to get creative!

You simply need to press out the excess water (check out my post on how to cook Tofu) and then soak it in whatever delicious marinade your heart desires. Tandoori? No problem. Scrambled eggs? Yup. Feta Cheese? Sure! Smokey maple bacon? Done. Fry it, bake it, crumb it, marinate it, throw it in a curry – the possibilities are only as limited as your imagination. 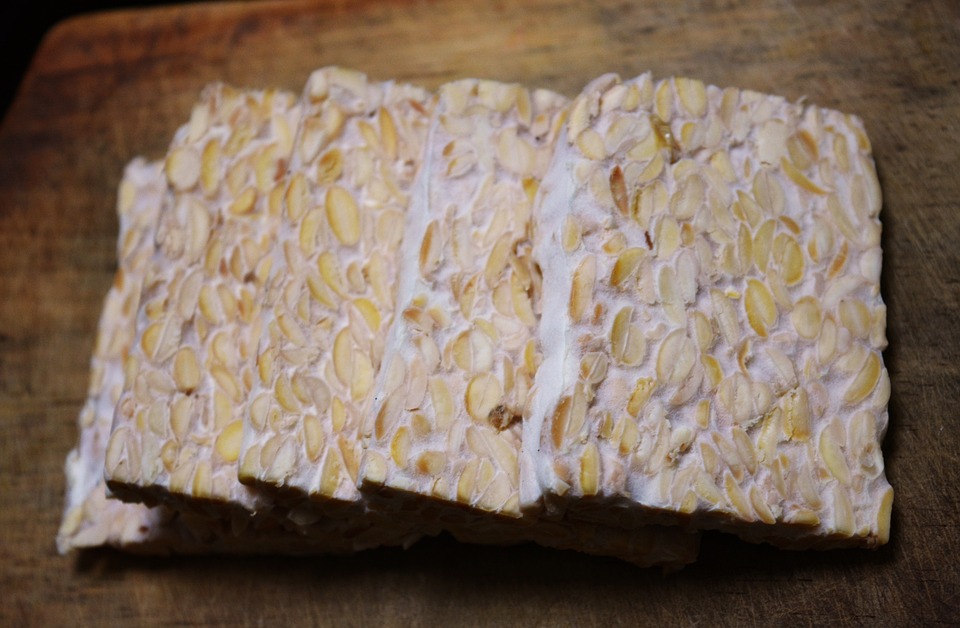 Tempeh is another soy-based product and comes in a block similar to tofu. However, unlike tofu which is quite bland on its own, tempeh has a mildly nutty, savoury flavour and dense texture which makes it super satisfying and an ideal meat replacement.

Tempeh is less processed than tofu and is made from whole fermented soybeans, making it easier to digest. It’s pretty common and can be found in most major supermarkets in Australia, at a higher price than tofu but significantly cheaper than mock meats.

Tempeh was nearly my number one choice but it’s just not quite as versatile as tofu, and is a bit more expensive, so it comes in as a close number two. 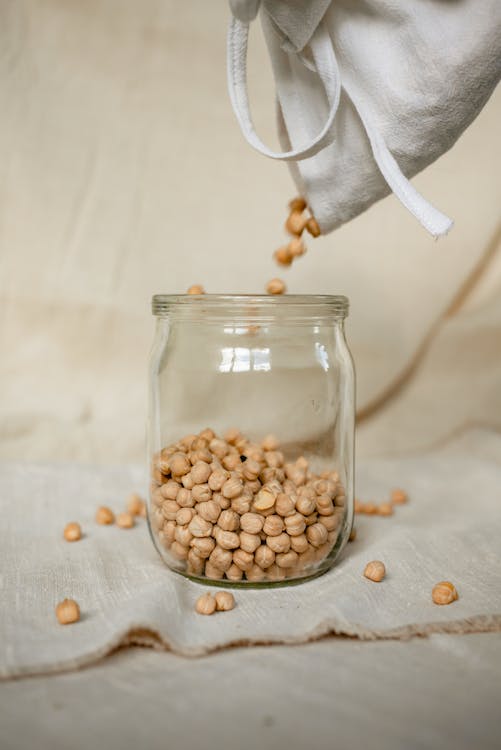 Hands down, my favourite legume! And if you’re a hummus lover (who isn’t?) they’re probably your favourite too.

Whilst chickpeas aren’t THE richest protein source, they made it into my top three for their taste and versatility. Chickpeas’ creamy texture and mild flavour make them great for lots of different dishes. Canned chickpeas are convenient and unlike some other canned legumes, they retain their shape and texture pretty well. They’re perfect for curries, salads and home-made burgers.

Chickpeas are also a good source of fibre and folate, and some studies have shown they can reduce cholesterol and improve gut health. 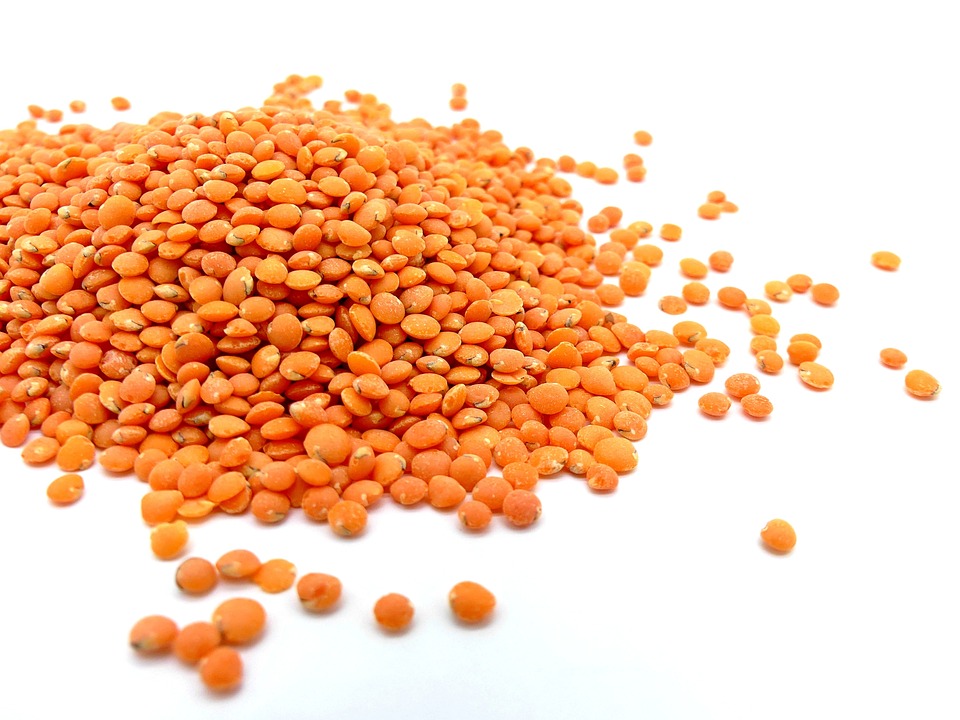 These round little legumes rank fourth on my list for versatility and affordability. There are several different varieties and they’re used in a wide range of cuisines from Indian, to French, to Ethiopian and even Peruvian. Each variety is different but generally speaking they are all high in antioxidants, anti-inflammatory and a good source of iron.

Most varieties are sold dried, and some can also be bought canned. The typical canned variety you’ll find in Australia are brown lentils, which have a mild earthy flavour but are great for convenience as they’re pre-cooked (perfect for a mince-meat substitute to make a quick bolognese sauce).

If you have a little bit of time, buying dried means you can save money, get the right variety specifically for your dish and cook them to your desired consistency (the canned kind are too soft for some dishes, like salad). Dried red and yellow lentils can be bought split and don’t even require soaking before cooking – you can make them into a creamy Indian dhal curry in just 45 minutes.

A great soy-free, affordable option for a wide variety of dishes. 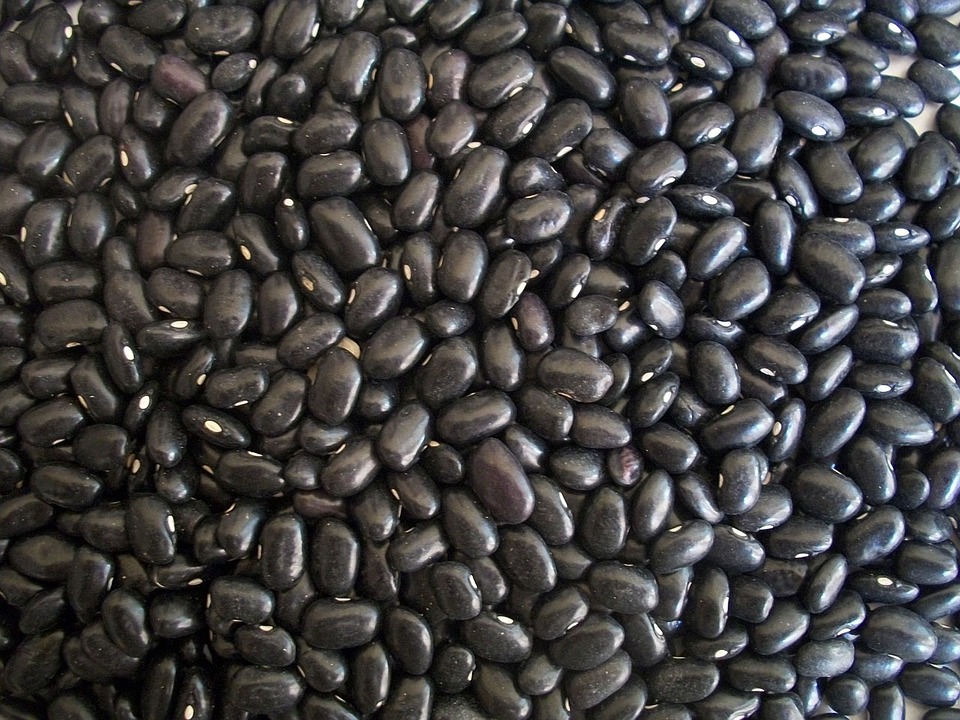 Black beans are a small type of kidney bean, a staple of Central and South American cuisine. They’re dense, smooth and creamy, and they absorb salt and spices well during cooking.

They taste delicious served over rice, or in burritos and tacos. My favourite recipe is Cuban-style Frijoles Negros by Ana Sofia Peláez.

It’s a long process cooking dried black beans, as they need to be soaked overnight, but the depth of flavour is totally worth it! If you get really into your beans, you can buy a pressure cooker to speed up the cooking process.

Canned black beans are a convenient alternative but you don’t get the same richness – and make sure to give them a thorough rinse before cooking.

Believe it or not, if you’ve ever eaten a cheap burger, hotdog, sausage or canned chilli …you’ve eaten TVP!

TVP is a high protein, low fat meat substitute made by extruding soy, wheat or pea protein isolate into different shapes and sizes. It’s dehydrated and most commonly sold as a granule. When rehydrated, the granules have the texture and appearance of cooked mince meat.

TVP was originally developed in the 1960s as a filler to extend canned chilli and other low-cost meat products. Dehydrated, it’s about 50% protein, once rehydrated it works out to be about 16% protein, similar to meat, but without the fat.

Overall, I love TVP – it’s hands down the most affordable way to buy mock meat. I don’t eat it all the time, as it’s a pretty heavily processed food, but I still like to eat it as a comfort food once or twice a month.

To prepare TVP, all you have to do is soak it in hot water for about 10 minutes, add some flavour, then cook it as you would meat. I rehydrate mine with vegan beef stock and use it for bolognese or chilli.

Overall, TVP is a great high protein, affordable meat substitute. You can buy it online, or if you’re in Australia it’s available in the health food aisle at Woolworths and at many Asian grocers. 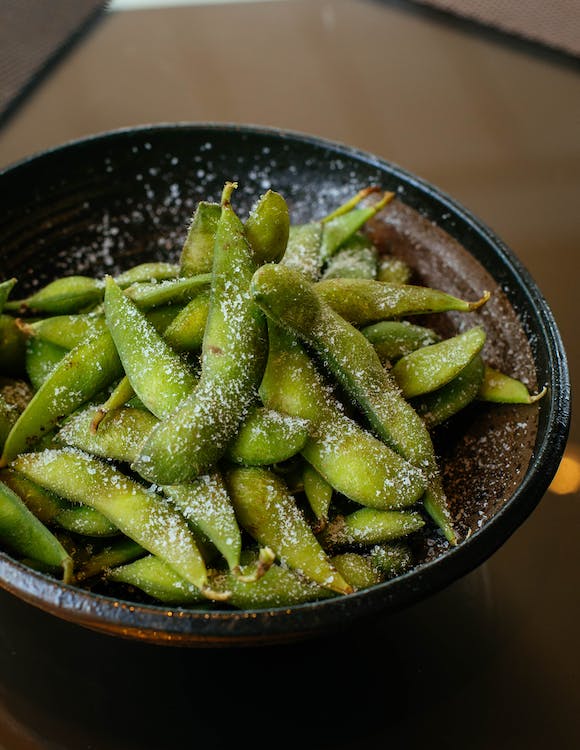 If you’ve been to a Japanese restaurant, you’ve likely enjoyed an appetiser of Edamame.

Edamame are whole young soybeans, green in colour, with a mild nutty flavour, a hint of sweetness – this pleasant and subdued flavour makes them a great neutral snack before a main meal, or a protein addition to a salad.

They’re generally sold frozen in most supermarkets and can be heated in the microwave, boiled or simply left out to thaw. They often have a light coating of oil and salt for extra flavour (as they’d be served at a restaurant) but for a healthier version you can also buy them podded, which usually has no added salt or oil.

They have great protein content (around 12%), plenty of fibre and vitamins and studies suggest they may even reduce the risk of cancer.

Edamame are an affordable and tasty snack to add some extra protein into your day. 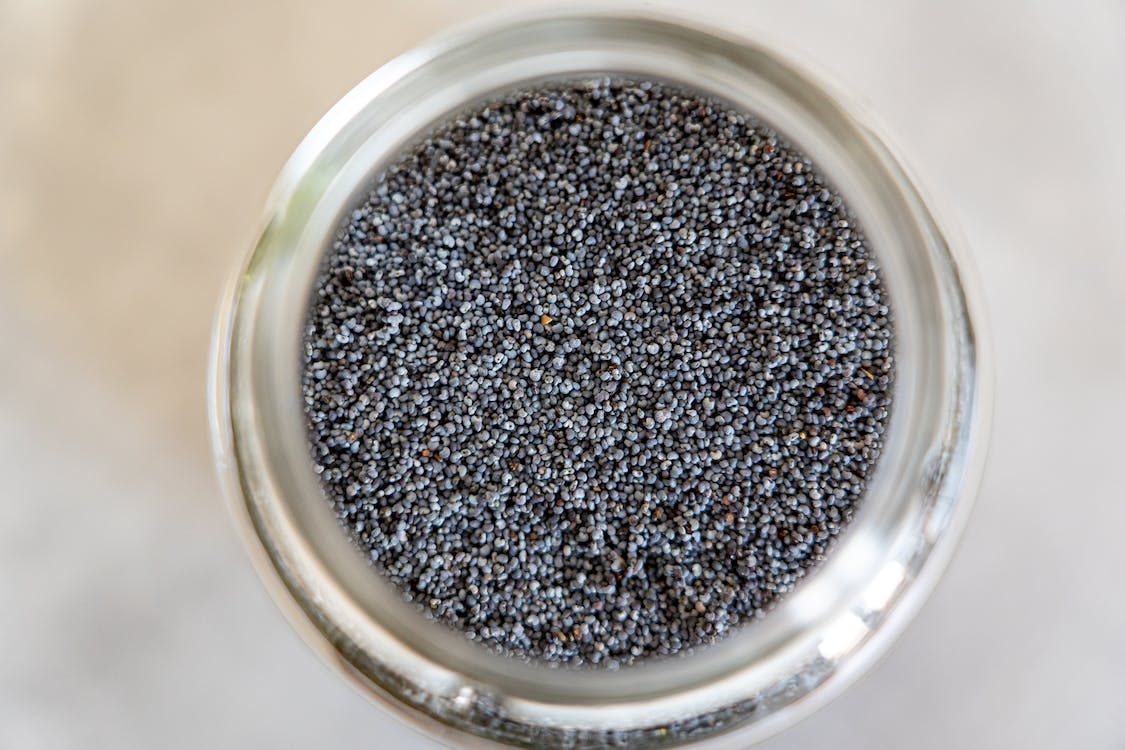 High in protein, and rich in omegas and healthy fats, chia seeds are an easy way to add extra protein to your breakfast.

Chia seeds are unique as they can hold up to 10 times their weight in liquid by absorbing moisture into the outer husk. By simply adding chia seeds to liquid, you can make chia pudding! This gelatinous quality also makes them very useful as a binding agent/egg substitute in vegan baking.

My favourite recipe Matcha Chia Pudding with Yoghurt & Raspberry Chia Jam. If you’re not a fan of the jelly-like texture of pudding, try sprinkling chia onto your cereal, smoothie bowl or add some to your baked goods!

Seitan is a mock-meat product that is pretty widely available in the US but not so common in Australia.

To make seitan, gluten flour is mixed with spices, water and other inclusions (sometimes beans), then shaped into a log and baked, steamed or boiled. The different cooking methods affect the final texture – boiling keeps it firm but light and chewy, steaming is softer and more pillowy and baking makes a very dense loaf that can be shaved or sliced thinly.

Seitan is seriously MEATY in texture and taste (assuming it’s been seasoned well) and very high in protein. At the time of writing this, there are no seitan products available in major supermarkets in Australia, you only really see seitan available at vegan cafés, usually as a mock meat in sandwiches.

If you’re curious, I’d encourage you to have a go at making it yourself. You can buy gluten flour online quite cheaply (around AUD $12.50 / kg) or in health food stores (but the price is generally much higher).

Seitan is great value, you get a lot out of it compared to what you’d pay for mock meat, or even real meat. If you’re curious, start with my Super Simple Seitan recipe to experiment with! 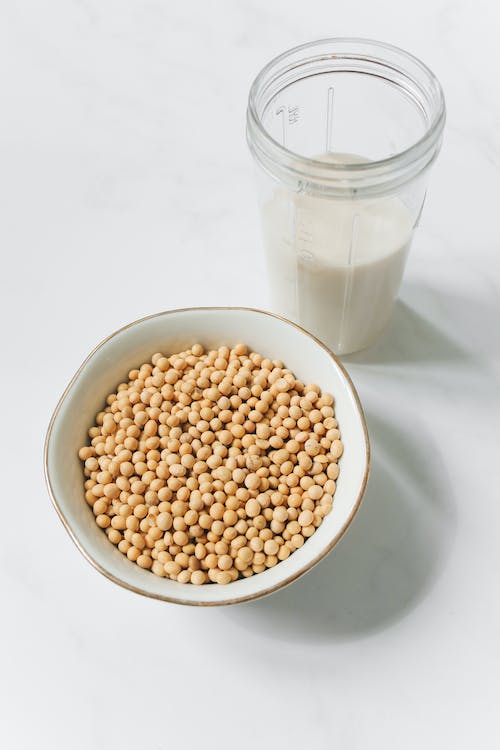 Last but not least – soy milk!

This seems like an odd one to include on a predominantly meat-replacement list, but soy milk is a great way to add extra protein into your day, especially at breakfast which can be quite carb-heavy.

Soy milk’s nutritional content is comparable to that of cow’s milk – high in protein and healthy fats, and usually fortified to have the equivalent calcium content of dairy. Just one serving of regular soy milk (250ml) will give you around 6-8g of protein, which is about 15% of your daily recommended intake.

Have it in your morning coffee, cereal or smoothie and it’ll keep you feeling full. It’s available almost everywhere and is typically the cheapest plant-based milk in the market.

Still not sure which vegan proteins are suitable replacements for meat? Check out my Easy Guide of Meat-to-Vegan Swaps.

15 Vegan-Friendly Makeup Brands for Every Budget

Makeup! Whether it be a creative outlet, a pick-me-up or just part of your everyday routine, it's often an overlooked...

Buying gifts for the vegan in your life needn’t be hard – there are so many awesome vegan options and exclusively...